Full Name
Eduardo Rodriguez Montemayor
Job Title
Economist & Business Thinker, Contributor to World Economic Forum
Bio
Bio -
Eduardo is an Economist and Business Thinker with over 20 years experience across 6 countries in economic policy, regulation and competition, labor markets and skills, financial markets, organizational change in the digital age. Eduardo led research projects at INSEAD Business School (France) in the areas of employment, technology and innovation with global corporations and government, including the European Commission and agencies in Singapore, Spain and some local governments. His work has been presented at the World Economic Forum’s annual meeting in Davos, in the EU Digital Assembly, at the Smart City World Congress and in policy institutions such as the International Labour Organisation.
In collaboration with the government of Singapore, Eduardo played a key role in the creation of the annual policy report on employment and skills Global Talent Competitiveness Index (now in its 7th edition). In his 8 years at INSEAD, Eduardo also got involved as an instructor in several executive education programmes, largely in the area of digital transformation in enterprises.

Eduardo is also an Economist at PwC UK.
Speaking At
Future of Work 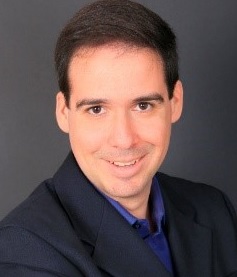