She leads Massy’s Business Integrity programme, working with the Board, Executives and senior management to create a safe Speak Up and Listen Up culture where open secrets cannot thrive so that issues are raised and dealt with, sooner, rather than later.

Over the last 30 years, Angélique has lived and worked in the Middle East, UK, Latin America and the Caribbean, gaining a breadth of multicultural and transdisciplinary experience. She spent 15 years in the oil & gas sector in senior roles such as Vice President, HR, Business Administration & Compliance in Egypt; Senior Counsel, Ethical, Compliance & Governance in Trinidad & Tobago; Regional Commercial Counsel in Brazil and Commercial Counsel in the UK, where she is also qualified as a solicitor. She has experience in the financial, construction and environmental sectors.

She is a member of Trinidad & Tobago Transparency Institute’s National Advisory Group for the Business Integrity Country Agenda, a director of the NGO Let’s Read, a member of an education initiative project and a director on AMCHAM T&T.

In 2008 she took a break from being a lawyer and moved to the Dominican Republic for eight months where she taught in English and learned in Spanish. In 2012 she won the Energy Chamber of Commerce’s Corporate Governance award for her Ethical Conduct submission.

Angélique studied at the University of the West Indies and the Hugh Wooding Law School. She is married with two teenage daughters and currently resides in Trinidad.
Speaking At
Tech as a Force for Good & Digital ROI 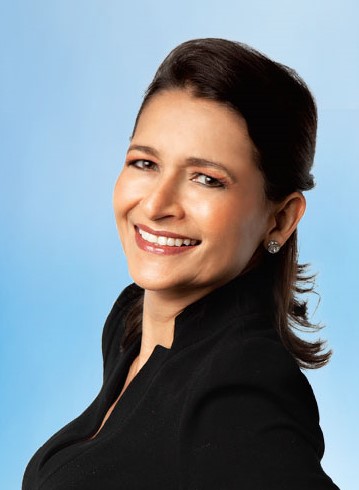